Chase was a director of Boyd-Carpenter Ltd, and soon HN Thompson joined the board, the company becoming Boyd Carpenter & Thompson Ltd of 47 West End Lane, Kilburn, London. Their telegraphic address was “Racykars, London” and their charge for tuning an Austin Seven was £7.10/-

In 1928 they exhibited their “Boyd-Carpenter Austin 7 Special” and by 1930 the “Boyd Carpenter Austin 7” was getting enthusiastic road test reports in Motor Sport, Light Car & Cyclecar and The Autocar.
It is thought that 31/32 of these cars were built, the majority on Austin Seven chassis but examples were built on Wolseley Hornet and one on a Standard.

Bob has been keeping records of B-C Specials and in 1975 it appeared that only 5 of the cars had survived and one further example has been found. 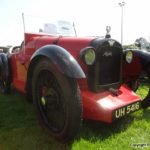 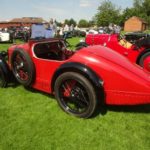 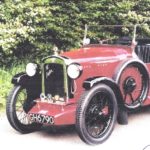 If you own a special, make sure you register it with us today. This helps to keep the Surviving Austin 7 Register up to date.

Visit the Austin 7 Online Archive, created by the Austin Seven Clubs’ Association. A project to digitise the history of the Seven.